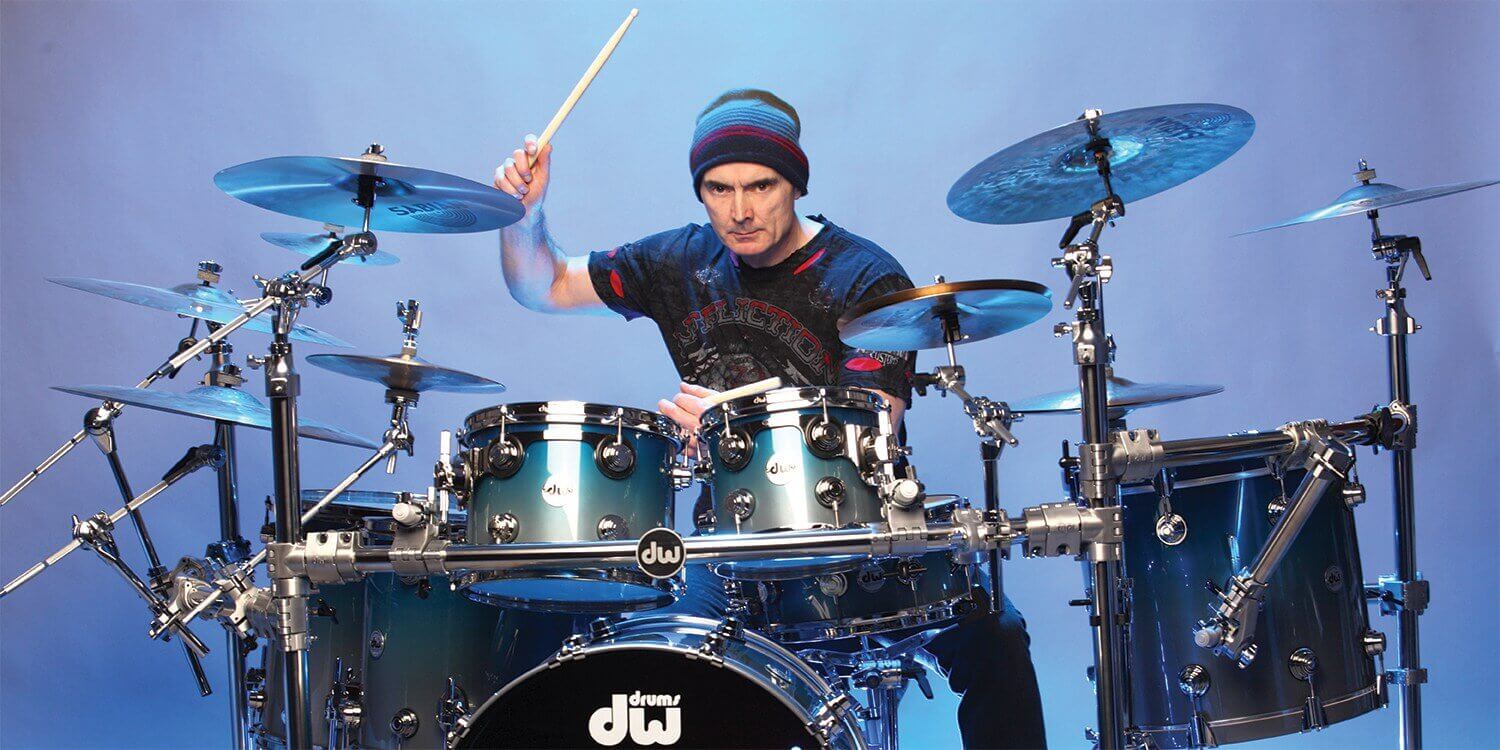 Virgil Donati (born 22 October 1958) is an Australian drummer, frequent drum clinician and a producer. He is currently playing with Planet X and his own band among other projects. Virgil is perhaps most well known for his fast, highly technical drumming skills. He holds the drum sticks in the traditional style and is also proficient at the keyboard. Donati also performed with Jack Jones (Irwin Thomas) in a Van Halen tribute band in Melbourne known as Hans Valen prior to the bands The State and Southern Sons. Source: Wikipedia

Of course there are many different causes why there is so much to be learned from this exceptional musician. The first one has to be his motivation which is out of this world. In his relentless pursuit to be the very best version of himself day in and day out, he shows us that human beings are really capable of doing alien things. We just have to want it enough. Not for a couple of months, but for decades without stopping. He shows us there is no room for doubt once the direction is set and passion becomes determination.

Then there is the creativity. This goes way beyond technical capacities. It’s the concept of letting every inch of progress become an inspiration for miles to come, perpetual motion if you will. In Virgil’s case it’s hard to tell which came first, the strife to overcome technical hurdles, or the need to express through composition. The last fifteen years have marked a transition from the very physical playing which made him rise to fame with bands like Planet X and his own Serious Young Insects, to a more compositional approach which can be enjoyed in his latest releases.

This is another interesting dimension to Virgil’s playing. Even if you’re not into composing yourself, the way we compose marks our approach to how we hear and feel rhythm and therefore our drumming. A great drummer doesn’t have to be a great composer of course, but it might help to understand the part our instrument in music a little better. In Virgil’s case this is certainly true. His music is not for everyone, nor should it be, but like in his drumming he’s constantly pushing the boundaries in his composing. This progression can be heard when comparing a composition he played on the Modern Drummer festival to a track from “In This Life” which was made in 2013. They have a similar uncompromising feel, with fresh sounding twists and turns, but the 2013 example shows a perhaps more mature way of telling the story. Which one is the most beautiful one is a debate we’re not going to participate in, we just love the fact that the creator is such a huge inspiration to make the most of every day we get!

His physical approach goes way beyond playing a single stroke rolls up to high speeds. You won’t see a musician taking better care of his or her body than Virgil does. Nutrition, exercise and yoga are all part of his daily routine and have been for decades. It’s a way of life. Besides his passion and determination these are quite clearly the reasons he can physically perform at this level. Then there’s the factor of always letting the personality shine through no matter what. A nice example of this can be heard when he played with the late, great Allan Holdsworth a few years ago. Allan’s trio, with the inimitable Jimmy Haslip on bass, sounded different from ever before,. That is the power we have as drummers, as Virgil shows us here. If you want to check out other educational products by Virgil Donati simply click here. Or check out his Wikipedia page or visit VirgilDonati.com